What The Home Authority Inc. Is All About

The Home Authority, Inc. was created with one fundamental goal: Make your home remodel experience the absolute best it can be. To us, this means holding your hand throughout the process – guiding you from design concepts to moving your things back into your transformed space. Thanks to our entire Authority Companies family, every aspect of your project is handled with the care and quality your home deserves. Our team of trusted professionals work tirelessly to provide you a renovated space that not only looks incredible, it delivers unparalleled quality – no matter the size of the project or budget. By taking the stress out of the remodeling process, you can focus on your day to day life and let us handle every aspect of the project.

When you work with us, you are working with a trusted resource that will provide you guidance every step of the way.

Rachael Boyer is a results-oriented, transformational leader and business executive with more than 20 years of experience in construction. Rachael’s entrepreneurial spirit has allowed her to develop several businesses and brands from origination across a variety of industries. Rachael’s passion for the construction industry has been built on the foundation of excellence with the customer at the center of the experience, and the framework of passion to transform vision to reality. 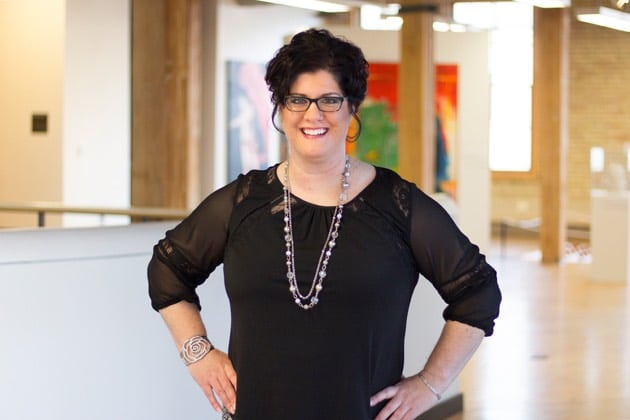 In her 20 years of healthcare experience, Rachael transitioned from a clinical provider as a Physician Assistant in General Surgery to the Vice President of Operations of a large healthcare system in the Upper Midwest. At the same time as she was building her healthcare career, Rachael was a serial entrepreneur and started several businesses within the construction and real estate industry. Rachael also combined her construction-related business and industry knowledge with healthcare to lead several multi-million-dollar expansion and renovation initiatives, including the design and build of the first hybrid interventional suite in the Upper Midwest, and only the third in the United States.

Rachael’s diverse background has resulted in her being recognized as a dynamic and knowledgeable business woman in the construction industry with the expert ability to strategically design and transform environments in a timely and cost-effective manner. Rachael’s true passion resides in the opportunity to serve her customers by guiding them through the transformation of their home, while allowing the customer to enjoy the ups and downs of the remodeling process. Although business and success drive Rachael’s enjoyment in life, her true passion resides in her role as a wife of 31 years and mother of an amazing son who recently graduated high school and who has already professionally authored, published and become a #1 International best selling author of an adventure-action novel, Island Games: Mystery of the Four Quadrants; and has established his own corporation to inspire individuals with the same passion for reading and writing. Additionally, Rachael is closely connected and involved with multiple national and community organizations. She is a member of CEO Space International, National Association of Professional Women, Home Builder’s Association, Moorhead Business Association, the100, inc., sponsor for community youth sports teams, has served on local school boards, and has volunteered with numerous community organizations.

Jayme's love for all things construction is proven by the simple fact that he has been working in the industry for over 27 years. And his skill for managing projects is a testament to that invaluable experience. Jayme has worked in remodeling and custom home building for a bulk of those 27 years, owning his own businesses and also starting his own framing company. His desire to stay in the construction business stems from a love for working with his hands and his impeccable craftsmanship shows in his work. 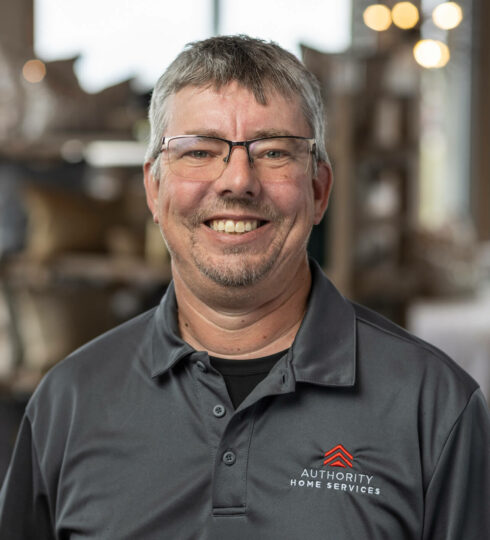 The best part of Jayme's role as Job Supervisor with The Home Authority, Inc. is standing back at the end of the day and seeing what's been accomplished. His favorite projects are full home additions and historic home remodels because he loves the unique challenges of working within a restrictive footprint to bring a clients' dreams to life and wrestling with the unknowns of an old home to bring a brand new vision to life while honoring its bones.

Jayme chose to join the Home Authority, Inc. team because he values working with people who fit together well and have a passion for completing projects with a devotion to quality. His favorite part of working with the variety of Authority Companies clients he interacts with is really getting to know them and making their dreams a reality. This social aspect of construction has always been another highlight for Jayme and his work.

When not working, you'll find Jayme carrying his passions into his personal life via his own lake cabin remodel. He loves spending time at the lake, fishing, deer hunting, and spending time with family and loved ones.

John’s lifelong passion for construction and invaluable experience with custom cabinetry makes him an ideal fit for the role of Job Supervisor. With an extensive knowledge base in the design, fabrication, and installation of custom cabinet and shelving systems, John is truly an expert. Thanks to a  background in helping people and bettering the lives of those in his community, John’s customer relation skills are second to none - coupled with an incredible ability to manage multiple components of a project confidently. 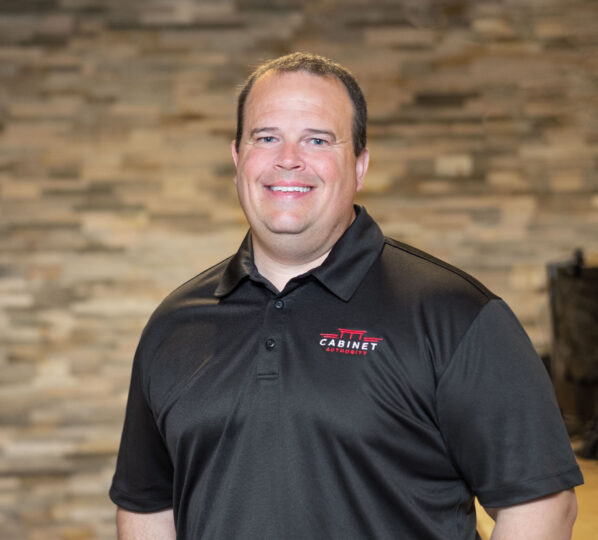 After growing up in Fargo, ND John attended Minnesota State University Moorhead and received a degree in criminal justice and sociology. While attending Alexandria, MN’s police academy, John further honed his customer service skills working as head of security and a bartender for a local bar and restaurant. Upon graduating from the police academy, John became an active member of law enforcement for fourteen years.

In October of 2015, John retired from police service. He purchased and became president of Ira’s Custom Cabinet Company, an opportunity that brought him back to his passion for the construction industry. Within the span of four years, John mastered the art of custom cabinets and successfully propelled Ira’s forward as a leading cabinet maker in the Fargo/Moorhead and surrounding areas. His ability to step into this field and create growth in such a small window of time is a testament to John’s work ethic and determination to provide the absolute best to the people he works with.

In April of 2020, Ira’s Custom Cabinet Company was rebranded as Cabinet Authority, Inc. – and is officially under The Authority Companies' umbrella. After overseeing the transition as Director of Operations for Cabinet Authority, John is now stepping into the role of Job Supervisor for The Home Authority. He oversees all remodel and new build projects with a hands-on approach, making sure that every piece of the project puzzle fits together the way that it should.

John would describe his work-related passions as remodeling and cabinetry. Outside of Cabinet Authority, Inc. John’s greatest joy can be found in his family. He is married and has one son who he loves socializing with, along with extended family and friends. You can also commonly find John at the golf course during Fargo/Moorhead’s warmer months, again spending time with friends and loved ones.

The Authority Companies Family is thrilled to welcome John into this Job Supervisor role with Home Authority, Inc. and know you will love working with him as much as we do.

When it comes to all things home design, Kris has a foundation and passion in creating spaces that speak to individual homeowners that spans decades. Her design passion stems from a history with upholstery - a skill that allowed her enthusiasm for interiors to grow. Her ability to work one on one with families is rooted in her degree in education. Taking homeowners on a journey to crafting homes that work for them both functionally and aesthetically is in and of itself a lesson – one that Kris handles with skill and ease. 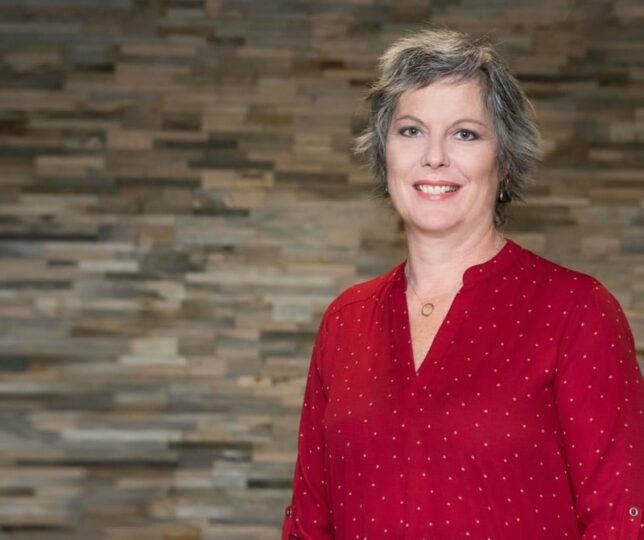 For over 20 years Kris has been repurposing furniture and mastering the craft of upholstery. What is considered a dying art, Kris’s eye for upholstering furniture is a treasured talent that lends itself beautifully to her passion for home design. Kris has an uncanny ability to take a space and transform it into something that both honors its roots and updates it to the taste of the family living in it. Whether it be a friend’s nursery, a client’s need for updated and reupholstered dining chairs, or a family’s desire for a home that speaks to each personality living inside it – Kris navigates each design demographic with ease.

In July of 2020, Kris joined the team at The Home Authority, Inc. Her official title is Director of Design – meaning that Kris will be working with each and every remodel and new build client to ensure each space speaks to the aesthetic the homeowner desires. She will guide each family through the selections process, helping choose flooring, wall colors, cabinet finishes, and so much more. With an eye for design that is innate and cannot be taught – Kris’s expertise is truly invaluable. When asked about her favorite element of design, Kris said she loves the personality that shines through when working with clients on design – and the fact that there is no right or wrong answer when it comes to bringing your dream home to life! Seeing people get excited about their spaces is the greatest reward.

Kris would describe her work-related passions as home design and home transformation. Outside of her work with The Home Authority, Inc. Kris can be found spending time with her family, travelling, gardening, cooking, and spending time in her studio working on projects for her own home! She loves to remodel and repurpose within her own spaces, and takes the inspiration and skill she draws from these personal projects and incorporates them into the work she does with The Home Authority, Inc.

We are overjoyed to welcome Kris aboard The Home Authority, Inc. team and know you will enjoy working with her and incorporating her wealth of talent into your home remodel and new build projects! 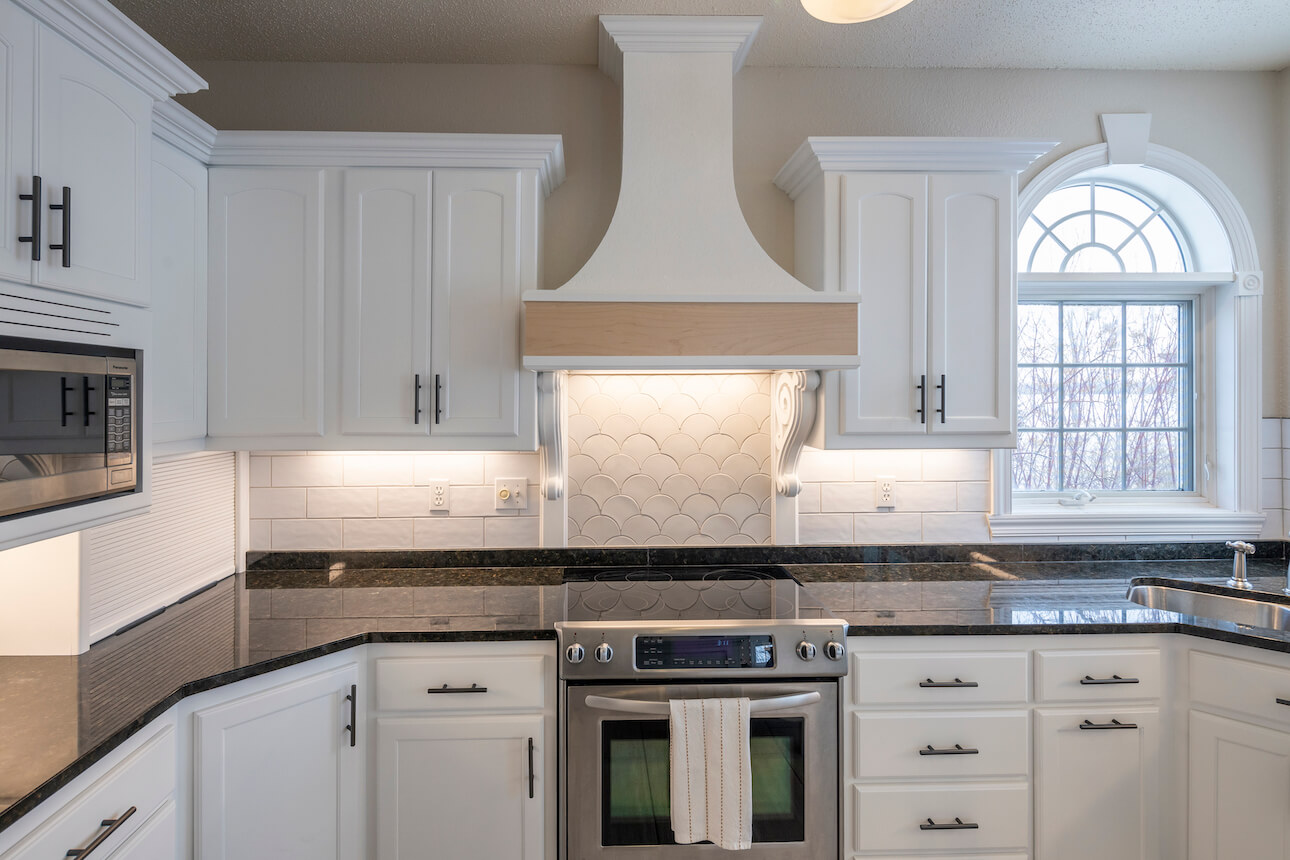 The Home Authority Inc. is a family owned business, and we extend this family-centric approach into every aspect of what we do. When you work with us, you are working with a trusted resource that will provide you guidance every step of the way. This is your home – a space that reflects you and your family – and our involvement in it is something we do not take lightly. We will make your remodel experience enjoyable, and the final result something you will fall in love with again and again.

Now is The Time to Start Your Remodel

Don’t waste another minute in a home you don’t love.